Part One Summary: Cognitive revolution allowed humans to conquer the world with the power of communication (larger groups, hunting tools, and trade) and thinking skills.

An Animal of No Significance – The Rise of Homo Sapiens

The homo genus has big brains that are “big energy drains”. Our brains consumes 25% of energy at rest as compared to 8% for other apes. The long birth period of 9-months mean that humans favored strong social ties as the common saying is “it takes a village to raise a child”.

Regular use of fire started about much before the cognitive revolution at around 300,000 years ago. It was not only used to clear forests (for farm land) but also to gather nuts, cooked dead animals, and more. Furthermore, it made previously inedible foods edible such as wheat, potatoes etc. Cooking food was faster to digest, thus, long intestines in humans began to digest.

As Homo Sapiens spread from east Africa to Arabian peninsula, Europe, and Asia, they could have possibly drove other homo specifies to extinction. “They were too familiar to ignore, but too different to tolerate?”

The Tree of Knowledge (Language)

With the cognitive revolution, Sapiens acquired language – its most useful tool. Verbal (and other forms of) communication allowed humans to connect over real things – approaching hunting, tribal matters and gossip – but more importantly, about things that did not exist – religion, god, or shared beliefs.

With time, these shared beliefs (religion, history, legal entity, barter system, or money) came to have importance and allowed sapiens to organize around it. It enabled common beliefs and a “tree of knowledge” among large groups of people to action together quickly.

A Day in the Life of Adam and Eve (Hunter-Gatherers)

The nomadic hunter-gatherers who lived in cognitive revolution spent their days searching for plants and animals. Despite the dangers of new land and predators, Harari says that they lived a relatively pleasant life.

According to limited data, they worked fewer hours, where physically fit, and less susceptible to illness, had a better diet, and different nutritional intake that the current society. Furthermore, they were more knowledgeable of their surroundings as compared to the later generation; survival required this from them.

The “flood” (migration) of homo sapiens from Africa to other countries disrupted the global ecological balance. Hence, sapiens became “an ecological serial killer”

“History’s biggest fraud” (according to the author) was the agricultural revolution in which Sapiens evolved from nomadic hunter gatherers to stationary farmers. It was arguably a step backward for humanity because it forced humans to work harder for a diet that was arguably worse while exposes them to diseases from domestic animals. Furthermore, they also risked starvation if their crops – due to land, war, or weather – failed to produce food.

More food in a contained space allowed Sapiens to have more offspring and increase the population. The domesticated plants (wheat, potatoes, and rice) were really the winners, as their production increased at a greater rate and humans became dependent on them. Therefore, rather than man domesticating a few plants, plants domesticated humans by keeping them around the farming lands.

These human orders or shared beliefs, whether true or not, stabilize societies and keep them together. While some violence and regulation (police and army) is required to enforce an (imaginary) order, the biggest factor is in everyone believing in it.

In modern day; Christianity, capitalism, democracy, romanticism (experiences), and consumerism (consume a lot of goods) are all imagined orders with a large number of believers.

The initial use was for only record-keeping of numbers – accounting. Soon after, humans devolved a full-script to express almost everything that can be spoken. This allowed for a new compartmentalized way of thinking as opposed to holistic and high-level thinking.

There is no Justice in History

The “imagined” order of humans was neither fair nor neutral (a hard if not impossible task to accomplish). Thus, these imagined orders, divided people into “make-believe groups, arranged in a hierarchy. The upper levels enjoyed privileges and power, while the lower ones suffered from discrimination and oppression.

For example, people who adhere to the Hindu caste system believe that “cosmic forces have made one cast superior to another.” Under the caste system, some are born Brahmins (priests), Kshatriyas (warriors), Vaishyas (peasants and merchants), and Shudras (servants) – each enjoying different legal class, privileges, and duties.

Such forms of hierarchal discrimination are present in many other human imagined orders – including gender of man and woman.

Therefore, no matter how we look at it, “there is no justice in history” because they history is decided and written on imagined beliefs – not on biology or closest to the truth. Another example being, homosexuality. Biology or human nature can accept it, however, many imagined beliefs do not.

Part Three – The Unification of Humankind (12,00 Years Ago)

Part Three Summary: The emergence of empires and religion pushed humankind in the direction of global unification.

As societies and economies continued to grow, they became more difficult to control and regulate. Thus, humans developed laws to regulate how people behaved and systems of authority to ensure that people obeyed them.

The first hierarchical society was with a king or emperor at the top, ruling over everyone else. Today, we might view it as authorities and cruel, however, then it provided unified laws and customs for the people of the empire.

In order to enforce their laws, emperors and kings needed people to accept their authority. This was primarily accomplished by religion. If people accepted that the ruler was placed at the top by the will of the god, they would be far more accepting of imperial rule.

Thus, as empires spread, they spread religion and codes of conduct with it.

“no social animal is ever guided by the interests of the entire species to which it belongs. [Only humans are.] No chimpanzee cares about the interests of the chimpanzee species, no snail will lift a tentacle for the global snail community, no lion alpha male makes a bid for becoming the king of all lions, and at the entrance of no beehive can one find the slogan ‘Worker bees of the world – unite!”

The Scent of Money (Invention of Money)

As the tribes grew into larger communities, a barter or “you owe me” system did not scale. Furthermore, it complicated “accounting” (cost, price, profit etc) for the buyers and sellers. For example, how would you know the price of your shoe in apples?

Thus, money ended up being a central mechanism to eliminate the problems of barter system (i.e knowing many exchange rates and both parties interested in each other’s offering). Money did not have to be coins or notes, it can be anything that is easy to transport, store, and has a wide enough acceptance. For example, in prisons the currency is cigarettes.

Furthermore, money replaced priceless things like honor, trust, loyalty, and love. When we use money as a medium of exchange, we don’t trust each other; we trust money. When someone doesn’t have money (value of exchange), we don’t trust them to deliver.

“Money is the most useful and efficient system of mutual trust ever devised.”

An empire is characterized by its cultural diversity and territorial flexibility – not by its size, form of government, or territorial extent.

“It is not our kind of story. We like to see underdogs win. But there is no justice in history. Most past cultures have sooner or later fallen prey to the armies of some ruthless empire, which have consigned them to oblivion.”

“Empires were one of the main reasons for the drastic reduction in human diversity. The imperial steamroller gradually obliterated the unique characteristics of numerous peoples (such as the Numantians), forging out of them new and much larger groups”

“The truth is that empire has been the world’s most common form of political organisation for the last 2,500 years. Most humans during these two and a half millennia have lived in empires. Empire is also a very stable form of government. Most empires have found it alarmingly easy to put down rebellions. In general, they have been toppled only by external invasion or by a split within the ruling elite.”

It seems likely (similar to history), that most humans will live an empire in the future. This is because the world of tomorrow can be truly global – with shared issues of global warming, bad actors, human rights, global trade, financial behavior, etc. This global empire is held together by a common culture and common interests. Throughout the world, more and more entrepreneurs, engineers, experts, scholars, lawyers, and managers are called to join the empire.

The Law of Religion

“Today religion is often considered a source of discrimination, disagreement and disunion. Yet, in fact, religion has been the third great unifier of humankind, alongside money and empires”

“In fact, the majority of ancient religions were local and exclusive. Their followers believed in local deities and spirits, and had no interest in converting the entire human race. ”

“Humanist religions worship humanity, or more correctly, Homo sapiens. Humanism is a belief that Homo sapiens has a unique and sacred nature, which is fundamentally different from the nature of all other animals and of all other phenomena. Humanists believe that the unique nature of Homo sapiens is the most important thing in the world, and it determines the meaning of everything that happens in the universe. The supreme good is the good of Homo sapiens. The rest of the world and all other beings exist solely for the benefit of this species.”

The Secret of Success

Part Four Summary: This is the revolution that modernized humanity, paving the way for new tech imperialism and economic growth.

It was beneficial for human health. Furthermore, pursuit of science proved good for economies. Kings backed scientists and explorers with money. For example, King of Castile (Present Day Spain) finance Columbus’s journey across the Atlantic. In return, the King acquired a huge American empire with valuable resources like gold and silver. British sent out James Cook to explore the southern pacific – that netted them Australia and New Zealand. This came at the cost of indigenous and native people.

Author’s Note (Jawwad): I will be updating these notes periodically. 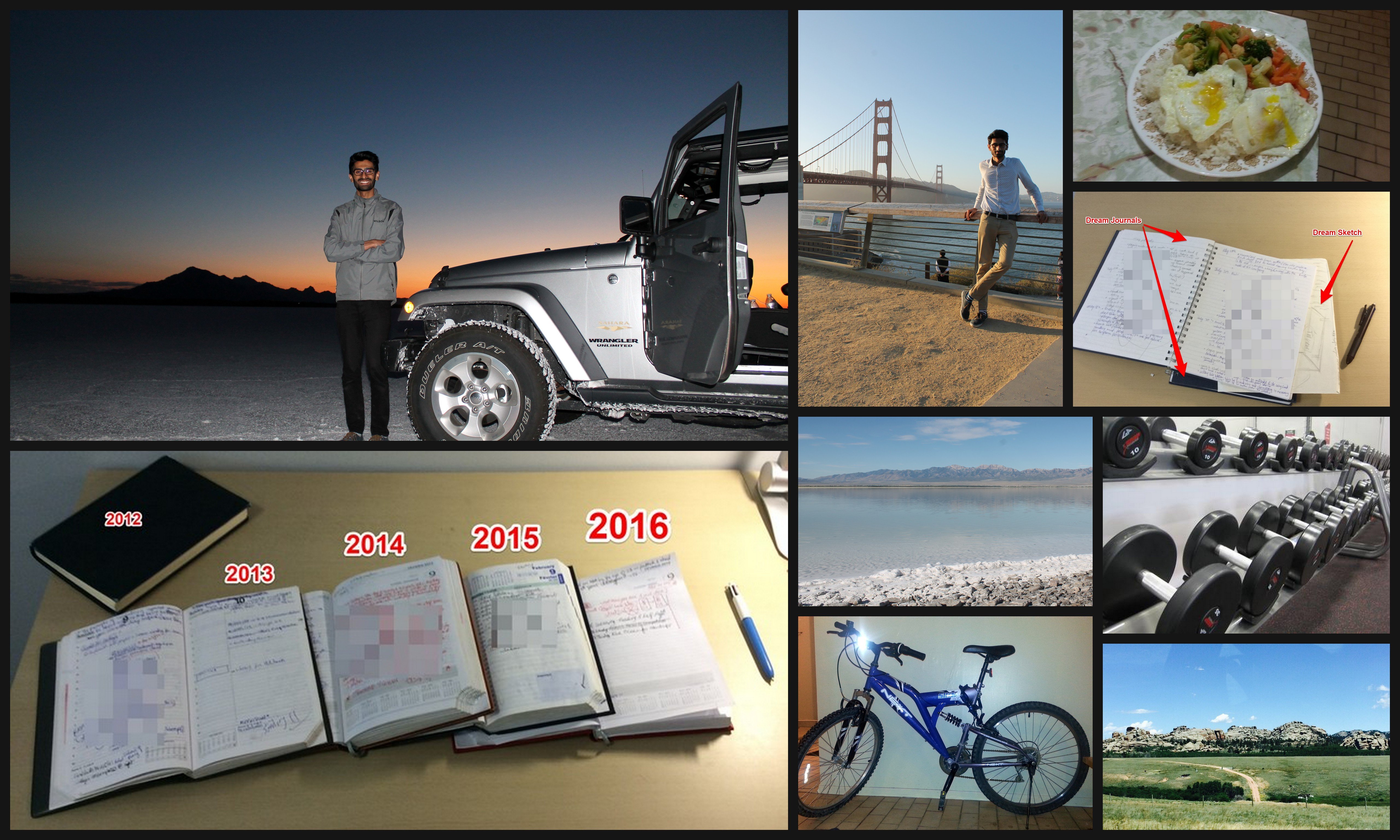 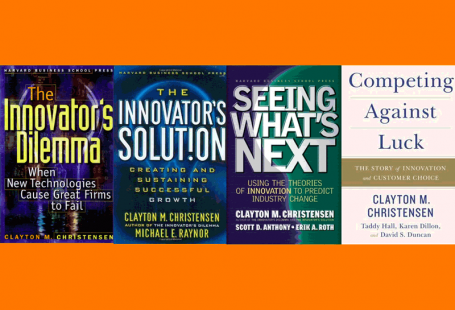 1 comments On Book Summary – Sapiens: A Brief History of Mankind